The Effects of COVID-19 on U.S. Small Businesses: Evidence from Owners, Managers, and Employees

We analyze a large-scale survey of owners, managers, and employees of small businesses in the United States to understand the effects of the early stages of the COVID-19 pandemic on those businesses. The survey was fielded in late April 2020 among Facebook business page administrators, frequent sellers on Facebook’s e-commerce platform Marketplace, and the general Facebook user population. We observe more than 66,000 responses covering most sectors of the economy, including many businesses that had stopped operating due to the pandemic. The survey asks 136 questions covering topics such as changes in business operations and employment, changes in financing patterns, and the interaction of household and business responsibilities. We characterize the adjustments implemented to survive the pandemic and explore the key challenges to continue operating or to re-open. We show how these patterns differ across industry, firm size, owner gender, and other firm characteristics 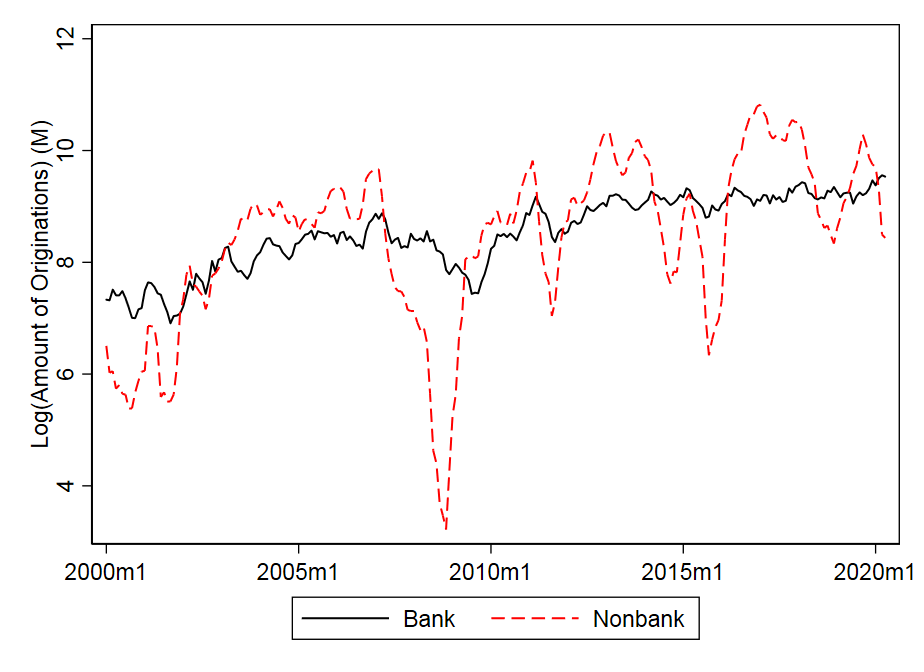 We show that cyclicality in the syndicated lending market is driven by nonbank lenders. Lending by nonbanks in the syndicated lending market is nearly three times as cyclical as lending by banks, after controlling for loan and borrower characteristics. This cyclicality is explained by nonbanks’ access to financing. In busts, lack of CLO issuances and outflows from mutual funds lead to a drop in primary market originations of syndicated loans; and inflows to nonbanks during booms spur new loan originations. The higher cyclicality is not explained (nor offset) by bank behavior: banks cut originations when nonbank lenders exit the market, irrespective of their characteristics. Our paper brings forth an important reason for the decline in loan originations during both the Great Recession and the COVID-19 crisis. 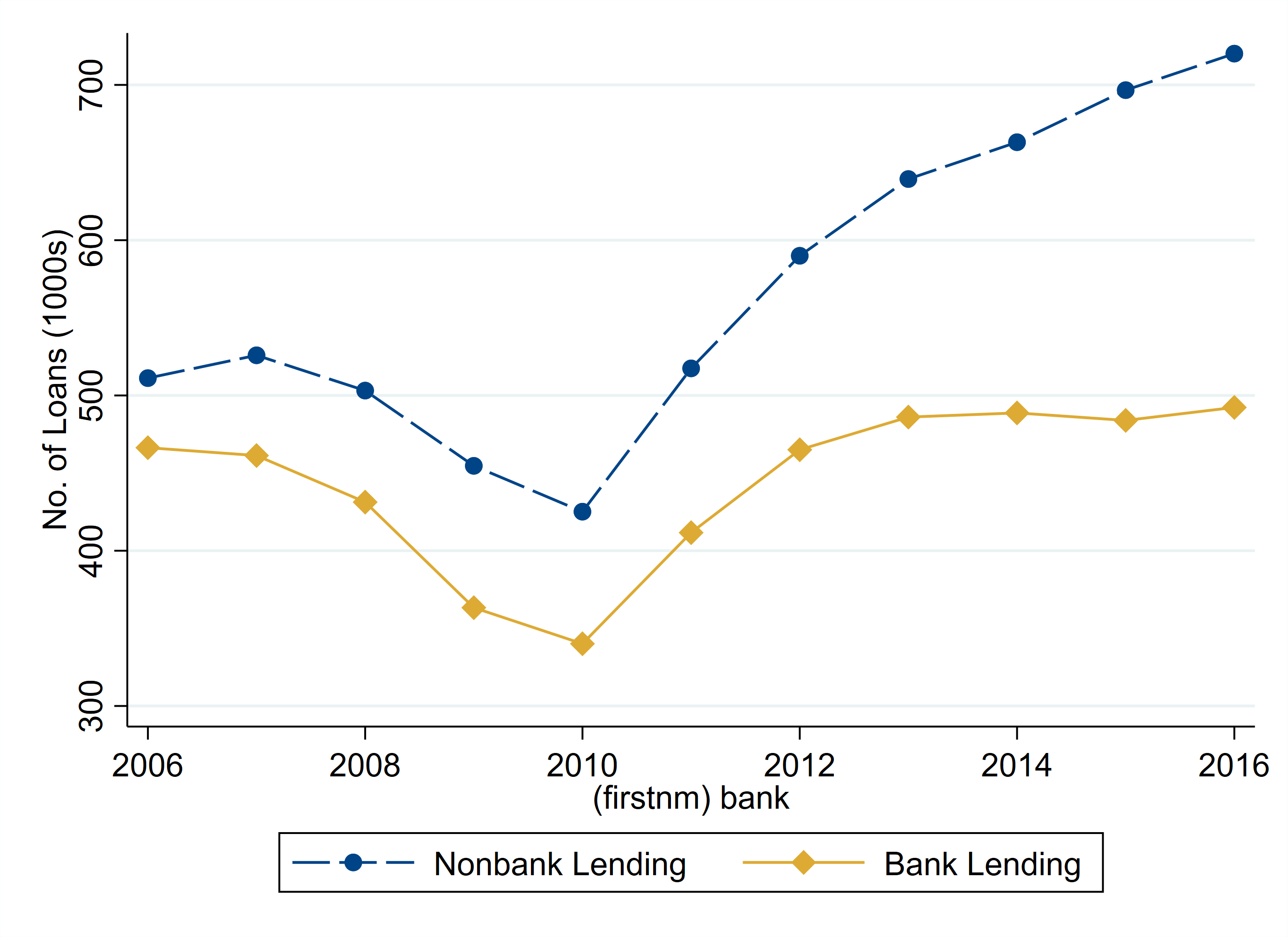 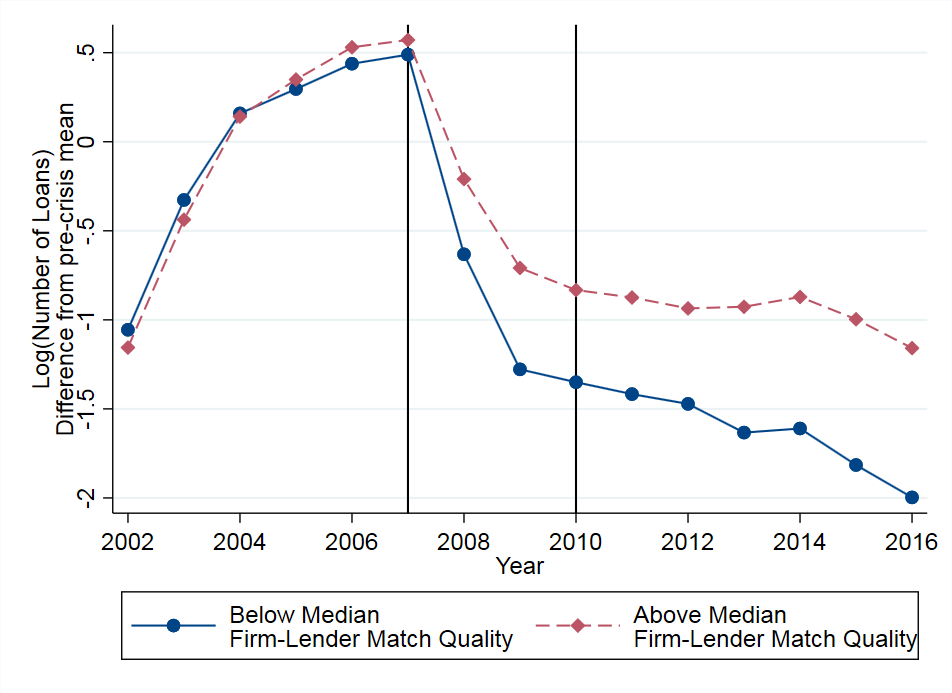 I study the role of collateral on small business credit access in the aftermath of the 2008 financial crisis. I construct a novel, loan-level dataset covering all collateralized small business lending in Texas from 2002-2016 and link it to the U.S. Census of Establishments. Using textual analysis, I quantify whether a lender is specialized in a borrower’s collateral by comparing the collateral pledged by the borrower to the lender’s collateral portfolio. I show that post-2008, lenders reduced credit supply by focusing on borrowers that pledged collateral in which the lender specialized. This result holds when comparing lending to the same borrower from different lenders, and when comparing lending by the same lender to different borrowers. A one standard deviation higher specialization in collateral increases lending to the same firm by 3.7%. Abstracting from general equilibrium effects, if firms switched to lenders with the highest specialization in their collateral, aggregate lending would increase by 14.8%. Furthermore, firms borrowing from lenders with greater specialization in the borrower’s collateral see a larger growth in employment after 2008. I identify the lender’s informational advantage in the posted collateral to be the mechanism driving lender specialization. Finally, I show that firms with collateral more frequently accepted by lenders in the economy find it easier to switch lenders. In sum, my paper shows that borrowing from specialized lenders increases access to credit and employment during a financial crisis.